Posted By: Nicholas Bott on September 25, 2017 in Business Strategy&Technology

Apple: the name commands your interest due to a stream of top achievements starting from the iPod product line in 2001 with celebrity endorsements. Steve Jobs was a praised visionary, adopting and creating standards that others would blatantly mimic. At the time of this writing Apple is also the richest company in the world.

All of these cultural, promotional, and financial achievements seem to stand as a testament to their credibility. So when I began to have dealings with Apple's mobile app review process I was expecting elegance, quick feedback, and detailed communications... after all, they must be putting so much money to better use than cramming the pockets of investors, right?

1. The stark reality is that when you submit an app to Apple for review; expect to wait 1 - 3 weeks for a response. Expect the response to lack details and if you request details you can also expect to receive a templated runaround instead. If you fight with the reviewers long enough you can "schedule" a phone call, at which point without any details Apple will randomly call you (even after business hours in your time zone). Then after being assured the solutions recommended by one reviewer will get your app through the door... you can also expect a different staff member to review your app and turn it down again anyway. The chaos of this process was baffling until I stumbled on this revealing article about the constant struggle against genitals in mobile app submissions.

2. While investigating the seeming shortcomings of Apple's mobile app approval process I found out another head turning fact. While Apple is ubiquitous with mobile in the USA, and I would have assumed most of the world - that turned out to be far from the truth. As of 2016 the worldwide usage of Apple smartphones is an embarrassing 12.9% while Android usage is 86.2%. On top of a much larger market share of users, the Android app submission process is refreshingly simple.

3. The nail in the coffin for Apple-centric mobile apps over the coming years is sure to be Google's Progressive Web Apps technology. Not only does Google strive to let mobile apps flourish with diverse options for consumers; they are also pioneering the future of the web for mobile. PWA gives you many of the features that would normally require a mobile app, inside of a fairly conventional web app. What does this really mean? It means people who want to use a rich, highly functional, and native feeling app no longer need to install anything. They can expect a top notch experience when using web apps in their browser all the time.

At the time of the writing Apple is finally playing catch up with some implementation of PWA. Is the tyranny of Apple's iOS mobile app review over? Not yet, but Apple is clearly not the leader in innovation or market share when it comes to mobile. There will be solid consumer and market pressure that pushes Apple to keep up with Google, or continue to lose their already dwindling relevance. 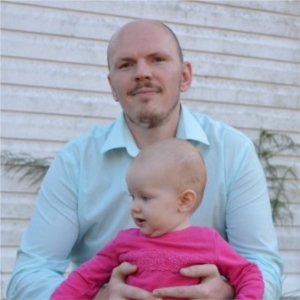 This blog contains our thoughts about all that and more.

Got questions? We've got answers.

Welcome to Sengii! Please tell us a little about yourself to get started.